So, what’s a Thai ping-pong show?

A friend asked me that question a few days ago. Eesh. Let me provide back story for you here.

When I came back from my incredible trip to Thailand, I took to Facebook to mention that my soul had been forever scarred by a Bangkok ping-pong show. But (BUT!) the Lady Boy show in Chiang Mai had at the very least distracted me from it, I wrote in my post, and I included a video of one of those fierce women showing off her dance moves.

Naturally, no one asked about this Lady Boy show or the dance moves I was raving about. They wanted the deets on the soul-scarring spectacle. I stayed vague, though, and let them all turn to Google for that one. ( Noticeably, this ain’t your momma’s ping-pong game.)

Now, when I started this blog I never imagined I would be sitting on my couch on a Saturday night writing about the awful experience of a Thai ping-pong show. In fact, I’ve tried pretty hard to let selective memory take care of turning that recollection into a blur. But, inquiring minds want to know, so in an effort to hopefully only having to explain this once, I’m going to write about it here for all of you to read.

So, what is a Thai ping pong show, you ask?

A Thai ping pong show is a performance by a woman ejecting ping-pong balls out of her genitals, with the goal of aiming the ball at a certain target. Admittedly, I knew this before going. In an effort to regain your respect at this moment, I will say that it was the first night the tour group had gotten together, we had been drinking, and one of the girls (it was her 21st birthday week) mentioned she wanted to go.  One thing led to another and nearly all 32 of us in the tour group found ourselves taking a tuk-tuk ride to a Bangkok ping pong show. That’s how peer pressure works, right? Truthfully, and I’m not proud to admit this, I thought the show, albeit gross and misogynistic , would be entertaining. 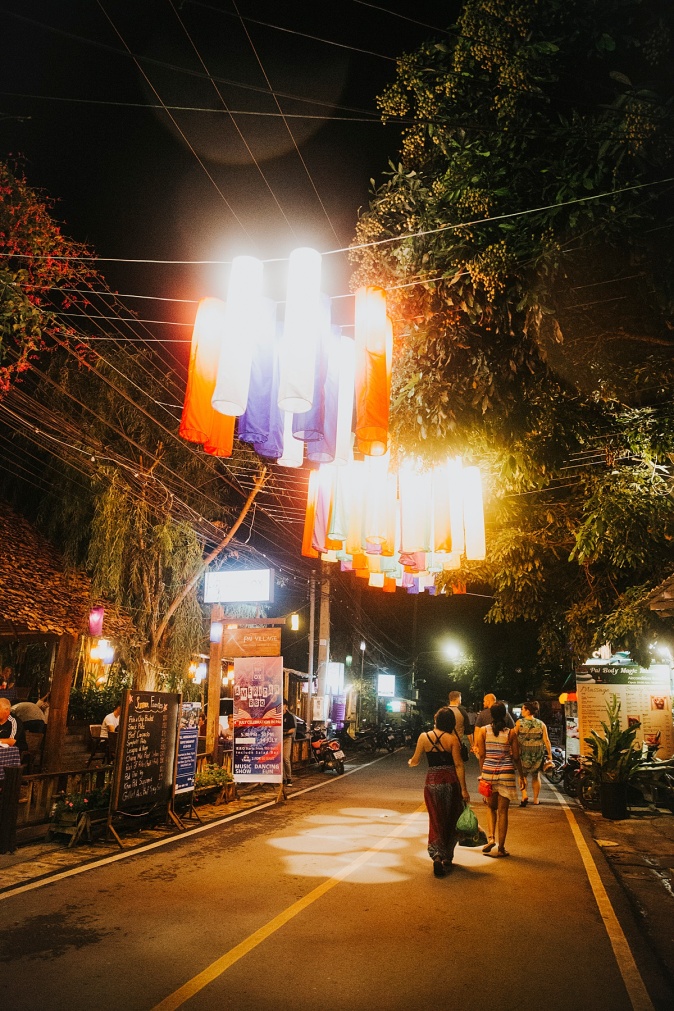 When we arrived, we paid our entrance fee, which included the show and two drinks that, I would learn, were not nearly strong enough to get me through the show. Once inside, the setup was very much like a strip club and it was quite packed. We made the mistake of sitting in the front row. (I suspect other smarter people knew to not to sit in those seats. That’s where foul balls land.)

The music came on, and out came a barely-dressed woman. But here’s the thing: this lady wasn’t smiling. She barely could look up at us. She seemed completely miserable, and probably, I think, also on drugs. After she put on her ping pong performance, two other women came up on stage, and then a woman and a man. They had intercourse, and all of them except the man seemed like they were there against their will.

I know. This probably isn’t the funny kind of post you were imagining. That’s because this experience – it wasn’t fun, or funny or entertaining. It was sad. It was wrong. And I’m not saying that in a prude kind of way.  Several of us in the group genuinely felt that these women were being forcefully exploited and trafficked.

Maybe 15 minutes into the hour-long show, many of us could no longer be part of it. We walked out.

When I mentioned in my post that my soul had been scarred by this, I wasn’t trying to be funny. I meant it. Knowing that I had possibly participated in and supported sex trafficking irks me. I had nightmares that night.

Today, after some research, I read this. It confirms what we thought.

When in Thailand, go experience the beautiful culture. You can do that by taking part in some of these recommendations. Skip the ping pong show, ok? I promise you won’t regret it.

ss_site_title
A lot of world to see

A blog about traveling and living outside the comfort zone

The Life of Zai

Musings of a wanderluster

A daily selection of the best content published on WordPress, collected for you by humans who love to read.

The Art and Craft of Blogging

The latest news on WordPress.com and the WordPress community.